For the first time, the iconic coastline and surrounding seas of North Devon and Exmoor has been studied in meticulous detail. Published this month, a new report North Devon and Exmoor Seascape Character Assessment  not only celebrates the many, valued natural, cultural and perceptual aspects of both land and sea but will also become a vital tool in future conservation and planning activities.

With more than 90 miles of this coastline designated as a National Park or Area of Outstanding Natural Beauty (AONB) this has to be one of the most treasured stretches of land and sea in England. It also boasts four Heritage Coasts, including Lundy.

Key partners in the region have worked closely together to ensure this report defines the special qualities of the coast and seas – the National Trust, North Devon Coast Areas of Outstanding Natural Beauty (AONB), Exmoor National Park Authority, North Devon Council, Torridge District Council and Natural England. The report was prepared by LUC, a highly respected environmental consultancy, and is the first of its kind to be completed in Devon and Cornwall.

This Seascape Character Assessment will help provide the evidence to support a number of important planning, management and policy activities by these project partners and others over the coming years. It will also assist developers and planners in making informed decisions about offshore developments, including renewables. In the next five years it will also play its part in a new Marine Management Plan for the South West.

The Seascape Character Assesment is below, split in to six pdf documents. 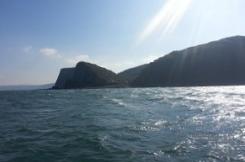