1. The North Devon Coast AONB Partnership1 is not a member of the Croyde Area Residents Association (CARA) nor are they a party to the public campaign and fundraising appeal in relation to a Judicial Review being led by CARA.

2. ‘North Devon Coast AONB’ is the adopted public name of the AONB, agreed by the Partnership in 2009, to raise awareness and understanding of the geography of the nationally designated areas. The official and legal designation name is North Devon Areas of Outstanding Natural Beauty.

3. The AONB Partnership does not ‘own’ or control the use of their name or that of the designation. The primary role of the AONB Partnership is the conservation of the natural beauty of the nationally designated area, reflected in the planning advice given to the local planning authorities on proposed developments.

4. The AONB Partnership is concerned that the decision on the 2014 planning application for the RUDA Holiday Park in Croyde and the subsequent Appeal decision by the Planning Inspectorate on 21 February 2020 on a Certificate of Lawfulness, could have a detrimental impact on the natural beauty of the Areas of Outstanding Natural Beauty in the Croyde area and thus could be counter to the primary purpose of designation.2

5. The planning decision the Appeal referred to was the Certificate of Lawfulness Application (Planning Number 64853) related to use of the so called “Service Field” which was refused by North Devon Council. However it is related to Planning Application No. 56528 granted by North Devon Council on 27 January 2014, which appeared to have approved development on parts of the RUDA site, including the Service Field. Development on this field was something that the North Devon Coast AONB Partnership has consistently advised against in recent years. 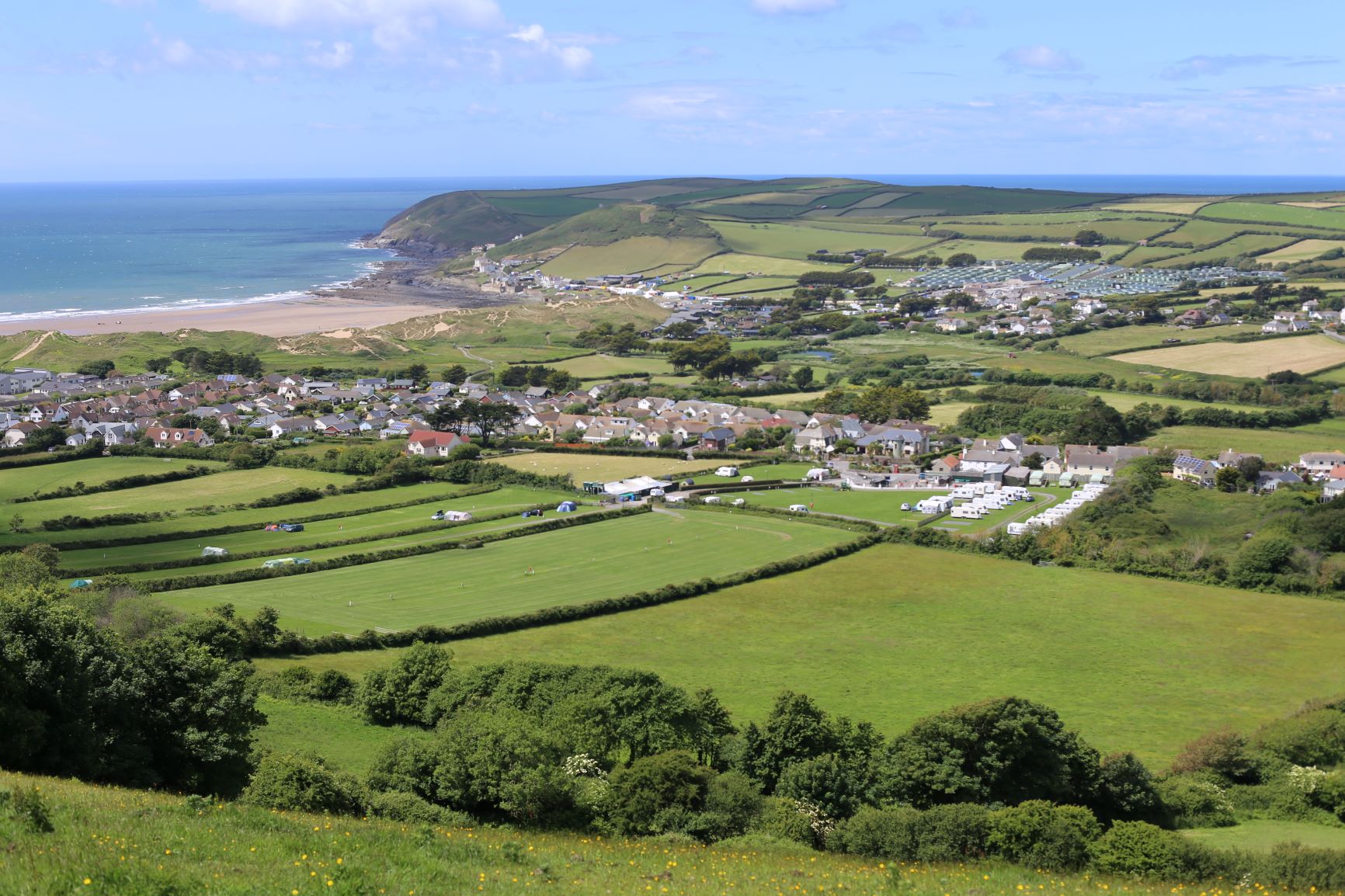 6. On 13 July 2020, the AONB Partnership sent a letter to CARA to clarify their position with regard to the decisions on this site. The Partnership expressed disappointment at the Planning Inspectorate decision that was based on a legal decision rather than a planning decision and explained that they were not in a position to challenge the decision. The letter further expressed support for CARA’s intention to request a review of the 2014 decision, that would address the planning anomaly in that decision.

1. The North Devon Coast AONB Partnership comprises key stakeholders, including Local Authorities, Natural England, local landowners, agencies, organisations, community groups and individuals.
Its role is:
• to prepare, implement, monitor and review the statutory AONB Management Plan on behalf of the constituent Local Authorities for the AONB
• to provide a strategic lead in the protection, conservation and enhancement of natural beauty, to promote enjoyment, understanding and well-being, and to further sustainable development of the North Devon AONB
• to provide advice to the Local Planning Authorities on developments within the AONB and its setting
• to influence the policies and strategies of partner and other organisations in respect of the North Devon AONB and to commission relevant research and studies
• to support the involvement of the community in the management of the AONB and to foster community pride and capacity in relation to the North Devon AONB
• to review and monitor progress of the North Devon AONB Management Plan and Delivery Plan
• to promote the distinctive qualities and national status of the AONB designation
• to help identify and secure the resources required for AONB management
• to provide an accountable structure for the investment of government NB. “The views expressed are the collective ones of the Partnership, which align with national planning policy context and the adopted Management Plan and do not, necessarily, match the views of individual partner organisations”

2. The nationally designated North Devon Areas of Outstanding National Beauty encompass a narrow coastal strip that runs from the Exmoor National Park boundary along the coast of North Devon and Torridge to the Cornish border. It includes some of the wildest and most rugged coastal landscapes in England, protected for the benefit of the nation by designation as an AONB in September 1959 (confirmed in May 1960). The primary purpose of the designation is the conservation and enhancement of its natural beauty.

For further information, please contact Laura Carolan on 01271 388628 or aonb@devon.gov.uk